Here we show results generated with HyperNeRF. These videos show the input video being played back with a stabilized novel camera path. The right side video shows the depth of the scene. Click on the arrows or drag to see more results.

We address this limitation by lifting NeRFs into a higher dimensional space, and by representing the 5D radiance field corresponding to each individual input image as a slice through this "hyper-space". Our method is inspired by level set methods, which model the evolution of surfaces as slices through a higher dimensional surface. We evaluate our method on two tasks: (i) interpolating smoothly between "moments", i.e., configurations of the scene, seen in the input images while maintaining visual plausibility, and (ii) novel-view synthesis at fixed moments. We show that our method, which we dub HyperNeRF, outperforms existing methods on both tasks by significant margins. Compared to Nerfies, HyperNeRF reduces average error rates by 8.6% for interpolation and 8.8% for novel-view synthesis, as measured by LPIPS.

HyperNeRF represents changes in scene topology by providing a NeRF with a higher-dimensional input. This is inspired by level-set methods. Level-set methods provide a means to model a family of topologically-varying shapes as slices of a higher dimensional auxiliary function. For example, these shapes

can be represented as slices through this auxiliary shape

Consider the follow shapes, which have different permutations of O xand X.

This means the higher-dimensional shape must contain copies of the same shape since each permutation has to lie along a single straight slice through the z-axis. If we let the slicing plane bend, it results in a much cleaner template:

Please see the paper for details.

Here is an interactive viewer for the hyper-space of capture shown in the teaser. Drag the blue cursor around to change the ambient dimension rendered on the right. 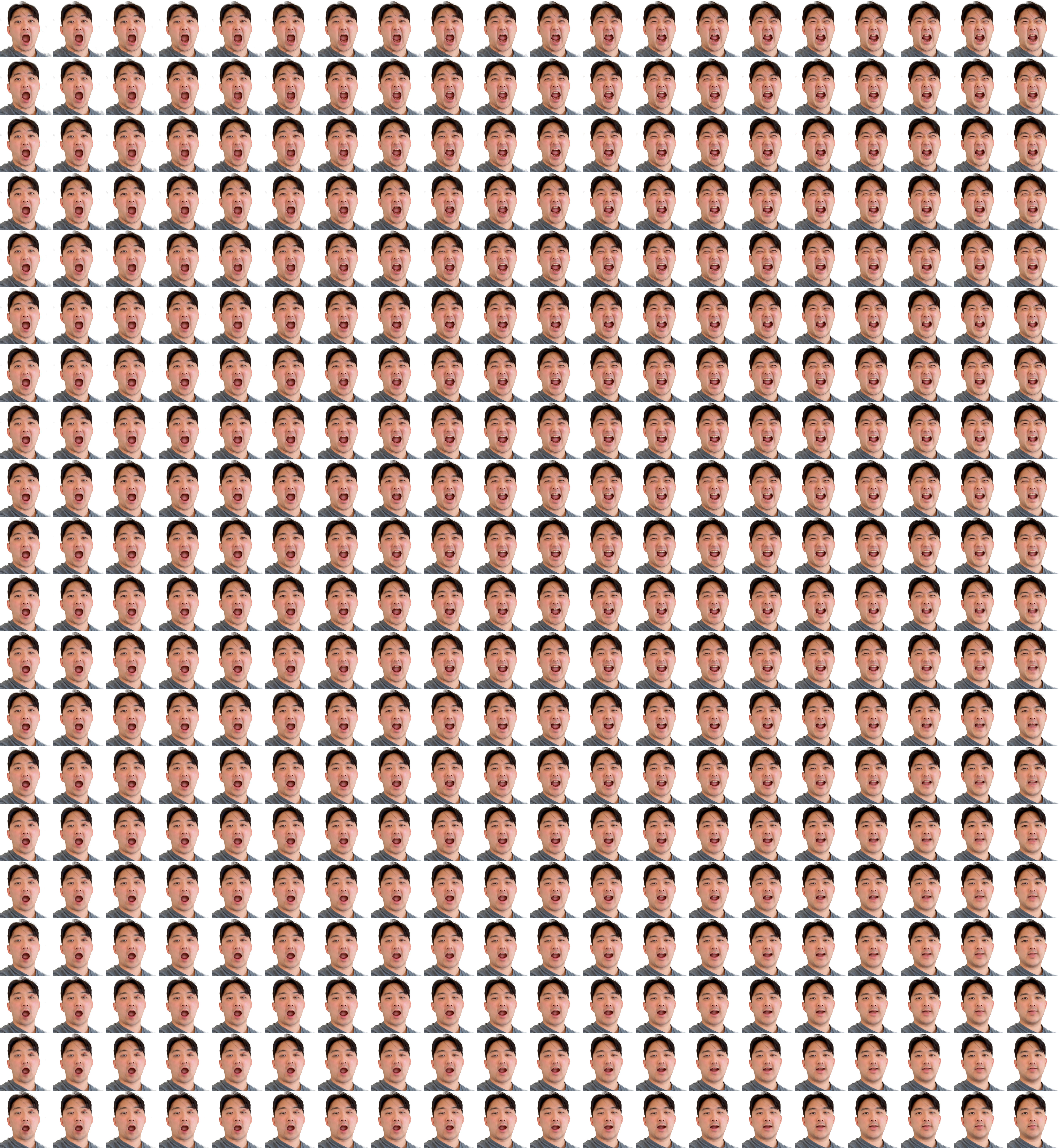 The hyper-space template rendered from a fixed viewpoint.